BIG NEWS here in the Zed camp. We have signed a recording contract with Ripple Music and are working on our third album now. Ripple Music is home to such GREAT bands like Mothership, Ape Machine, White Dynomite, Mos Generator, Devil to Pay, Stone Axe, Poobah and many more! We are beyond stoked and proud to be a part of the Ripple Music Family! This means more Zed in more countries than we ever have been in before. Thanks to our fans over the last 7 years for your support and interest. We promise to deliver something epic to the world on the next record. Read the Ripple press release below for more info…. 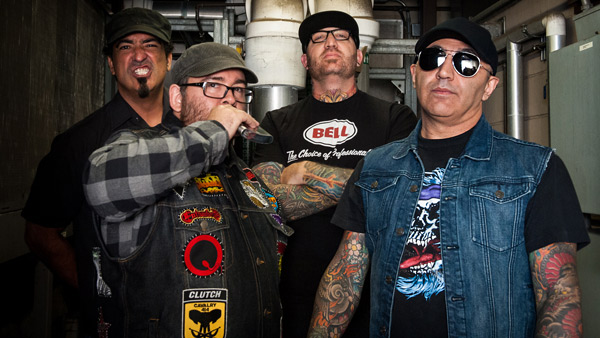 Today, Ripple Music has announced that it has inked a new record deal with Bay Area heavy rock and roll outfit ZED, who will be releasing their third album in 2015.Blasting onto the San Francisco Bay Area rock scene in 2007, ZED quickly made a name for themselves with their crushing live shows and incessant grooves. Having played together in various projects since 1998, including releasing an album with the band Stitch for Prosthetic/Metal Blade Records, Guitarist/Vocalist Peter Sattari, drummer Rich Harris and bassist Mark Aceves joined up with guitar wizard Greg Lopes to create a sound that was uniquely their own, a sound whose sole purpose was to rock, with no concern for genres, labels, classifications or rules. Drawing from their varied influences ranging from classic ’70s rock, punk/hardcore, metal and old school funk, ZED writes music that grabs you, throws you around and grooves you all at once. The band has been likened to “a pissed off Led Zeppelin with Chris Cornell meets Ian Astbury on vocals,” ZED writes songs that linger in your head long after you listen to them.
ZED independently released their sophomore album Desperation Blues in May of 2013, which garnered critical acclaim as well as charting on CMJ throughout the summer. Supporting the album up and down the west coast, ZED has played consistently through the fall of 2014 where they are now focusing on writing their follow up to Desperation Blues which is also their debut for Ripple Music. ZED is excited and proud to be joining the Ripple Music family and look forward to making heads bob and asses shake in 2015.